For Love and Friendship

This is a tribute to Kelly Lawson and her dog Kandie the Therapy Pittie.  Kelly didn't want 'memorials', so this is just in love and friendship.  Kelly was an amazing, inspiring woman.  She was a dedicate pitbull advocate, and she and Kandie the Therapy Pittie were well-known in the rescue, therapy animal, and pittie advocacy circles. She also started Save Our Local Pets Utah which, among many other things, collects donations and distributes them to shelters throughout Utah, allowing shelters and rescues to offer pet food pantries for people who can't afford food for their pets, and providing food to people fostering dogs who might not be able to afford food for the fosters but have the time, space and love to foster.  Save Our Local Pets Utah is a critical link between the community and shelters and rescues in the area.  This will be one of Kelly's legacies. 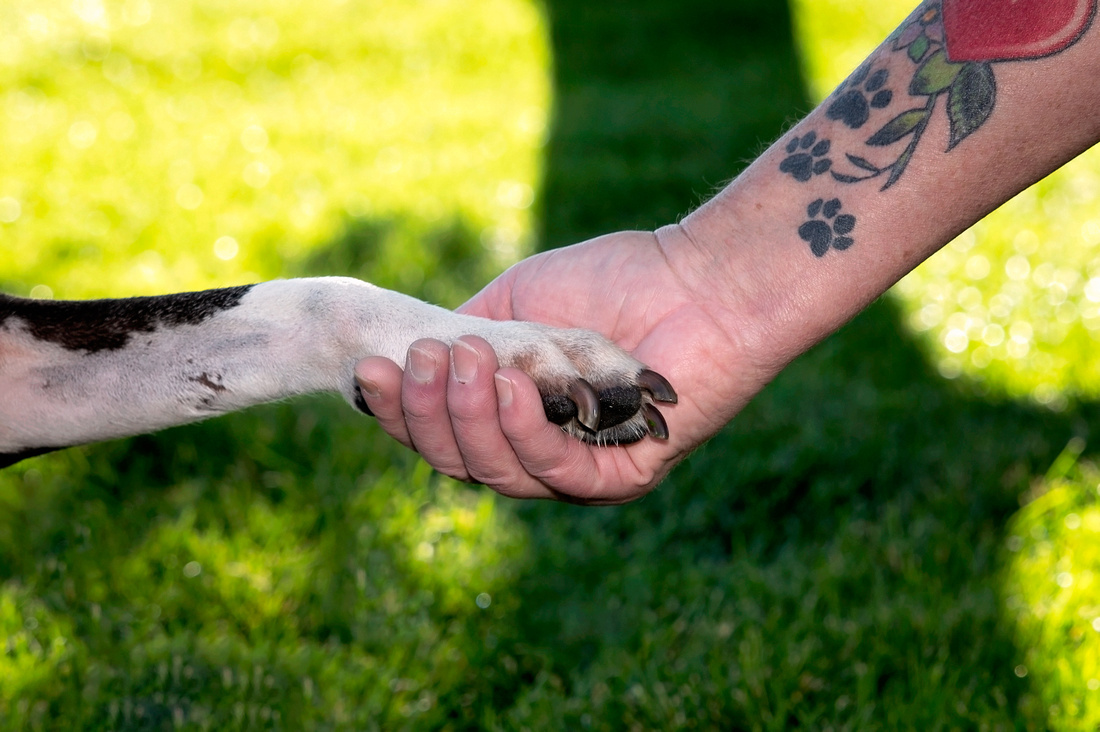 Through Kelly's work and my volunteering for Salt Lake County Animal Services, we had known each other for quite a while. In late September of this year Kelly messaged me to see if I would be willing to get some photos of Kandie and one of her other dogs, Kismet.  Kandie had been recently diagnosed with cancer and Kelly wanted some photos of her.  I knew Kelly didn't have any spare money (no one who starts a non-profit has any spare money!) and I was happy to do the photos for no charge.  (As an aside, this is true not just for local superheros, but other people as well. Having lost my heart dog over 2 years ago, I know how valuable photos are, and I will do what I can to make photos happen. If money is an issue, but your pet is terminally ill, don't let concerns about not being able to afford photos stop you from contacting me.)

We met at a local park and spent the morning getting some photographs of the Kandie, Kismet, and Kelly. 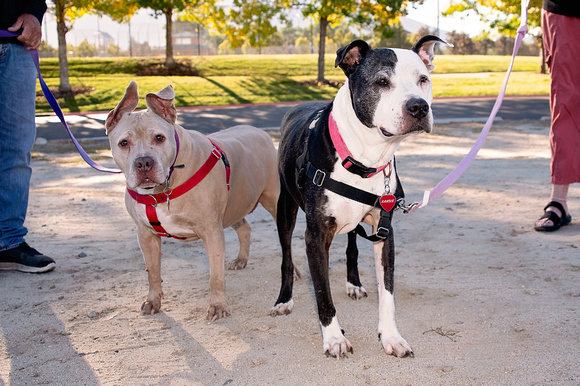 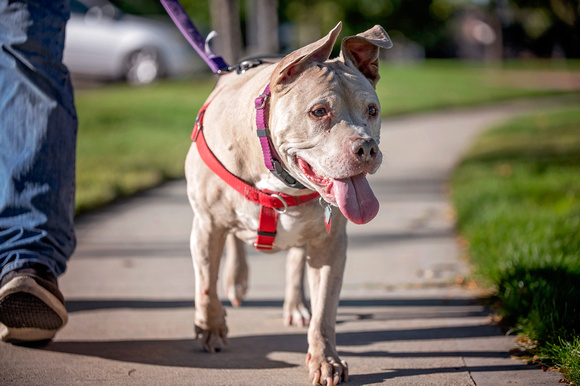 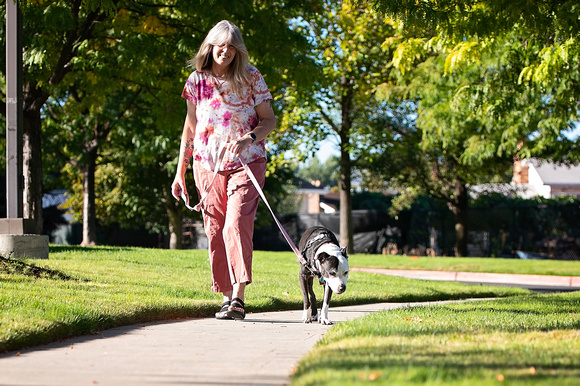 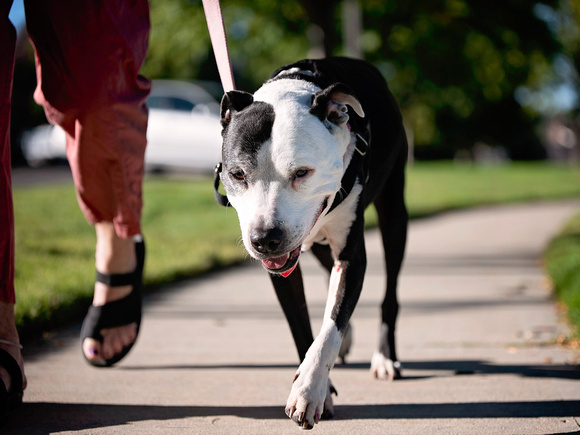 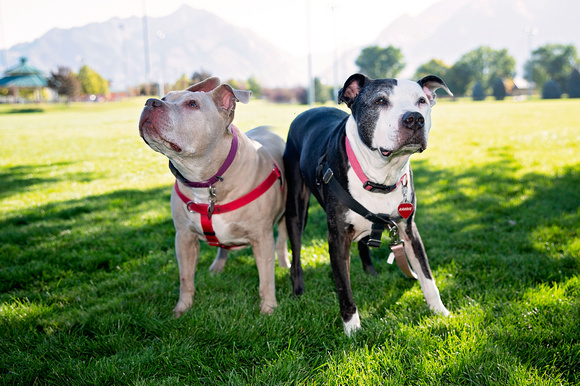 A little while after this shoot, I learned that Kelly had been diagnosed with Stage 4 cancer, and the prognosis wasn't good. The world said goodbye to Kelly over the Thanksgiving weekend, and Kandie joined her mother across the Rainbow Bridge less than a week later.  It was an honor to know Kelly, Kandie, and Kismet (and a few of her other dogs as well!).

Savor every moment; life is short, so live your life fully. Hug your dogs, tell them you love them, and tell your friends and family you love them. Be kind to others, and try to make your conrner of the world a little bit better in your own unique way.

Kelly and Kandie (and Kismet!), thank you for sharing some of your precious time with me. 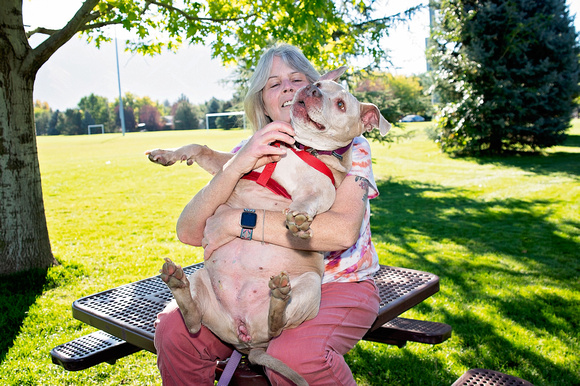 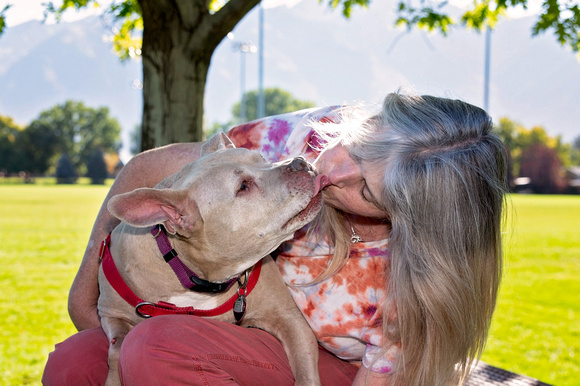 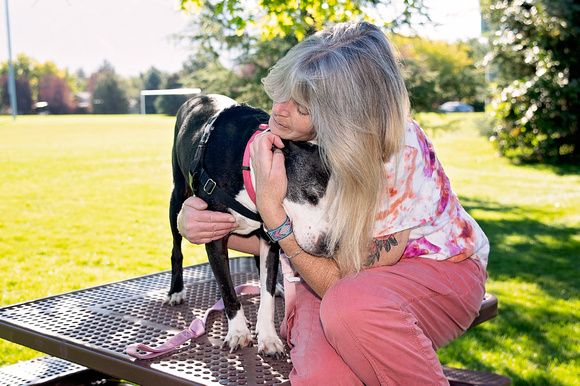 Run free, ladies. I know you are reunited, and have been welcomed by the many, many dogs you have helped over the years.