It's Only Too Late After You've Said Goodbye

Let's be honest.  Most people don't think about getting professional photos with their pets until something drastic happens: a diagnosis of cancer, a sudden hospitalization, or when your vet suggests "palliative care" for a senior or ailing pet.  Personally, I don't like thinking about my pets getting older (I was a bit in shock the first time I saw "senior" on my almost-9-year-old Goldendoodle's chart - how could she be a senior when she's bouncing around like a puppy?), but the reality is that our time with our pets is always too short. 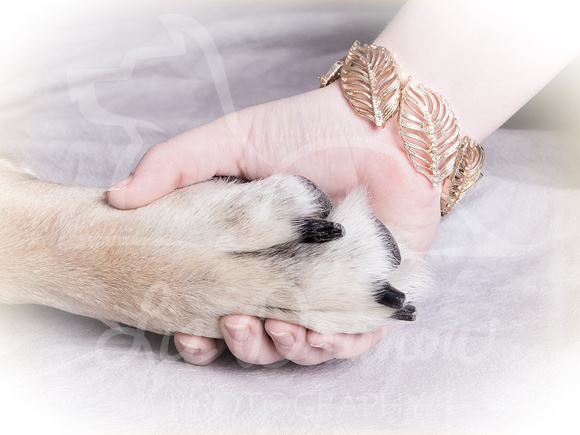 Scheduling a photo session with your pet when they are bouncy and happy is optimal, but sometimes you just don't think about it - or life keeps you so busy that it's hard to find an hour or two to have me come to you to photograph you and your pet.

Tank was such a case. His family had always thought about getting family photos with him, but they were busy. Then one day, he threw up a couple of times and his family took him to the vet. The vet took some x-rays and found a large mass in his abdomen. Tank was rushed to an emergency veterinary clinic in Salt Lake City, where he underwent surgery. Tank's Mom reached out to me during the surgery, honestly concerned that he wasn't ever going to be coming home to them; Tank was 8 and a half years old, and he was undergoing major surgery.

We set up a time for a photo session at the emergency clinic, but a few hours before we were going to do the session, Tank had to go back in for another surgery. Extremely nervous about his prognosis at this point, we re-scheduled for the next day, and along with his family, I was hoping desperately that Tank would survive his second surgery.

Thankfully, Tank survived his second surgery in 4 days, and we decided to go ahead with the photo session.  We knew Tank was going to be a bit groggy from surgery, and there would likely have to be some cropping and Photoshop work to remove IV's and sutures and things, but there was the very real concern that it was now or never.

Tank rallied for his photo shoot, and while we kept it short so as to not wear him out, we were able to find a space in the BluePearl vet clinic to set up a backdrop and make things look a little less like a vet clinic. 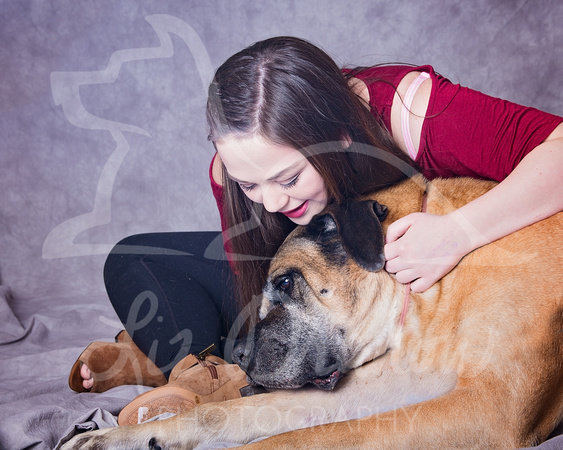 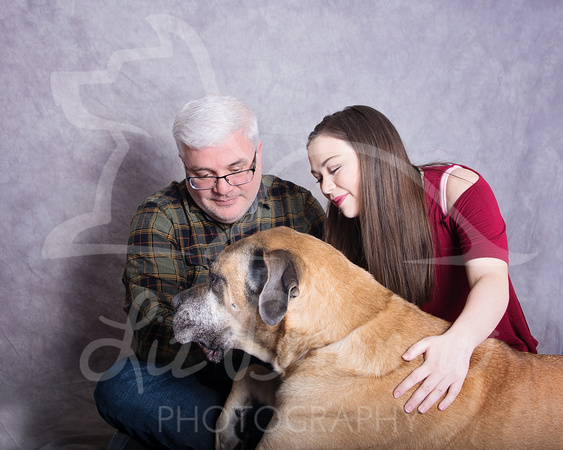 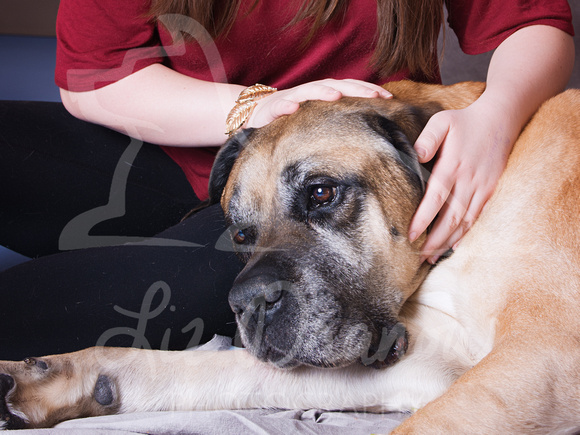 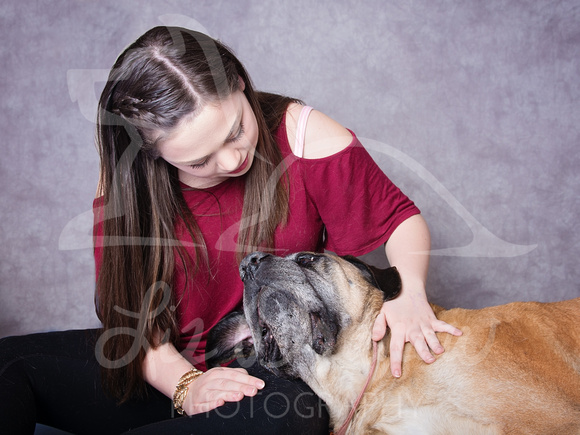 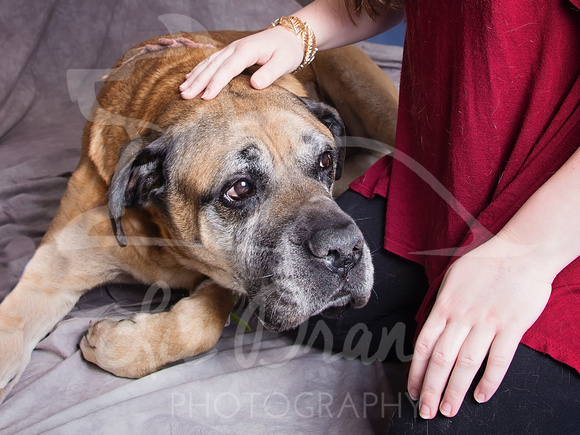 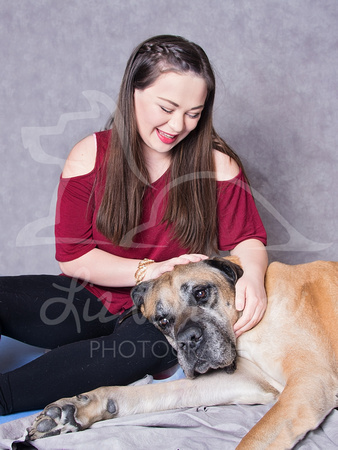 Tank's love for "his girl" and his family in general was very clear - he REALLY wanted to be with his family. While it wasn't a perfect situation, we were able to get photographs of Tank with his family, at a time when his future was very uncertain.

I am very happy to say that Tank made a full recovery from his surgeries, the mass was benign, and he is home with his family.  In a couple of weeks, we'll get more photos of Tank at his house, where he is comfortable, relaxed, and most importantly, completely recovered! But Tank is a prime example that the only time that is too late for photographs is once you've said goodbye.

If you have a senior pet or a pet who has recently been diagnosed with a chronic or acute health condition, contact me about my Infinity Sessions at 801-712-3200, email me at [email protected] or tell me a little more about your pet and we'll work together to create memorable photographs of your pet.  Having lost one of my dogs at a young age to cancer in September 2016, I assure you that a photo session with your pet is an experience you will treasure for the rest of your life.